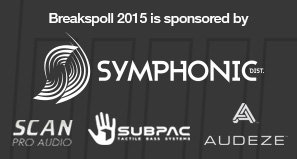 With just five days of voting left, we wanted to give you as much help as possible when voting – so we asked some of our favourite artists from 2014 to put together their biggest smashers of last year. Check them out and grab some ideas for your own vote submission, and remember voting closes this Friday 6th at 4pm GMT. 2014 saw Left/Right perform at Burning Man, SXSW, and Lights All Night festivals as well as producing his resident FUTURE art/music residency in Dallas, TX. He also released his acclaimed single Puzzle with a remix competition. In 2015 Left/Right will release more singles, several remixes, collaborations with Refracture and Trespass, and his forthcoming album T I M E. His new material has already received stellar reviews in DJ Mag and support from EDM.com. Look for a prolific Left/Right output this year of breakbeat, bass, and garage. The Bass=Win SoundSystem is Terry Hooligan & Rico Tubbs. 2014 has been a great year, we released a butt load of good music, including the massive ‘THE GHOST’ by Andrew Diggs that got support from Mista Jam, Hannah Wants, The Freestylers and just about everyone else that loves jackin’ House Breaks. 2015, we are releasing a Bass=Win greatest hits album. We will be running a competition in conjunction with Pioneer DJ to win the entire back catalog of the label and a sweet bit of Pioneer kit. Plus we have releases coming from both of us, Terry and Rico, along with all our usual crew.

I’m the head honcho of Barely Legal Records. 2014 has been awesome for us – a couple of Top 20 releases on Beatport and new signings and remixes from Beatslappaz, Wardian, Dom Almond, EvilBeat, and Adrenalinez. We also started up “Faultline” – San Francisco Bay Area’s only full-on Breaks monthly party at Lounge 3411 in Oakland, CA.
2015 looks to be just as good, if not better, for Barely Legal. Expect more original tracks from Adrenalinez as well as remixes from Geon, Wes Smith, Gulf Gate Project, discObeta, RuN RiOT, Sychosis, and more. 2014 was a good year for breaks, I’ve released many quality progressive, nuskool and psy breaks on Morphosis Records and Ego Shot Recordings from different artists and myself as well. I have big plans for 2015 because I would like to focus more on my original tracks to put an artist album together. Also i have some promising releases scheduled on my labels for example on Morphosis Records Omauha’s upcoming artist album Eight Cities! 2014 has been a good year for BreaksMafia. After having worked in hundreds of clubs throughout Spain and be among the top 5 best nominees for LIVE worldwide Breaks. For 2015 we have prepared our album, remixes and many great new music. We have many surprises for the new season! 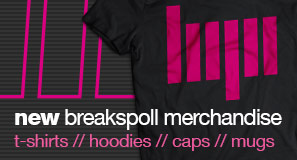 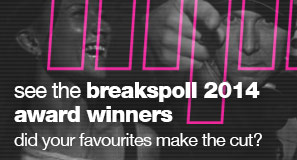